World’s Oldest Trees Shape the Diversity of Life in Their Soils, Study Shows 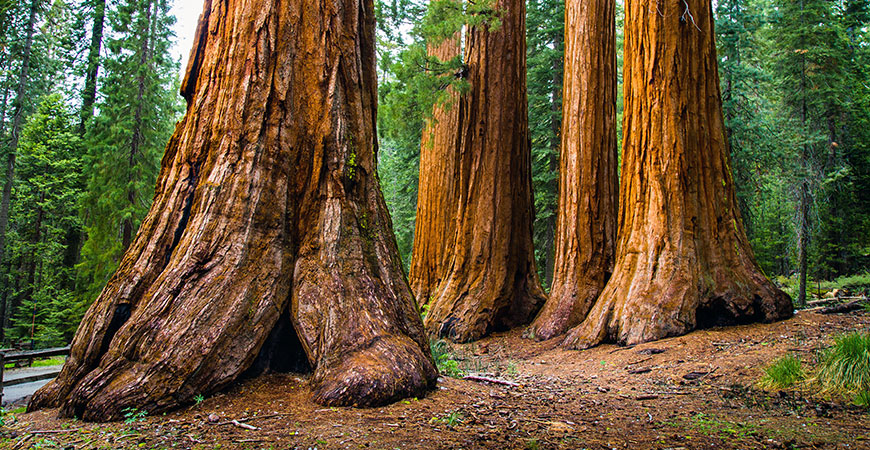 The soil under the giant sequoia contains rich, diverse life.

There’s a whole world of activity beneath your feet. Soil holds a large proportion of Earth's biodiversity, and is the place where organisms interact with each other and with plants, serving important functions for their ecosystems.

A new study shows that trees and rocks are important drivers of the microbial communities in the soil beneath them. A new paper published in Ecology and Evolution by ecology Professor Stephen Hart and a team of researchers he assembled details how giant sequoia influence the microbiota of the soil where they grow.

“With my background in forest ecology and soils and being a native Californian, I always was amazed by giant sequoia trees and knew that very little work had been conducted studying the soil that develops underneath them,” Hart said. “Given they are so long-lived and their sheer size, I hypothesized that they would have big impacts on the soil underneath them.”

Hart and a group of graduate and undergraduate students examined the soils in the Merced and Mariposa groves in Yosemite National Park and found that the bacteria and archaea (prokaryotes) communities under giant sequoia trees were twice as species rich as in the soil under neighboring sugar pine trees.

The soil in each grove comes from its own unique geological substrate, and that also contributes to the diversity and composition of the soil communities underneath these two iconic tree species, Hart said.

See a video of a TEDx talk Hart gave in Mariposa in which he discusses some of this work.

The sugar pines growing in the same groves were used as the control group of trees that allowed the researchers to evaluate the sequoias’ potential novel effects on soils.

“I am a soil microbial ecologist, so naturally I wanted to know ‘who’ was there in the soil,” Hart said. His then-grad student Chelsea Carey agreed to help, and they and an REU student from UC Davis, Teresa Fukuda, conducted soil DNA extractions.

Hart recruited some of his colleagues from other universities, including experts in soil mycology and soil bacterial/archaeal communities to help with DNA sequencing and bioinformatics, forming the research team that published the study.

“Unfortunately, we do not know much about the individual and unique functions that most microorganisms conduct in the soil because, in part, many of these species cannot be cultured and studied individually in vitro,” he explained. “However, it is clear from our study that plant biodiversity influences soil biodiversity and losing giant sequoia trees would have a negative impact on soil biodiversity.”

The giant sequoia trees are especially threatened by climate change because of their relatively low numbers in about 70 isolated populations in the Sierra Nevada.

“As of now, the ecological implications of this potential loss in soil biodiversity is unknown,” said Hart, a member of the Department of Life and Environmental Sciences in the School of Natural Sciences.

The next steps in the research would be to expand to other giant sequoia groves across the full range of geologic substrates. Hart hopes to do that as well as evaluate the presence of different genes in the microbial communities under these trees that have known functions, such as fixing the growth-limiting nutrient nitrogen from the atmosphere.

“That would give is a better understanding of the unique ecological functions these different soil microbial species provide,” Hart said.